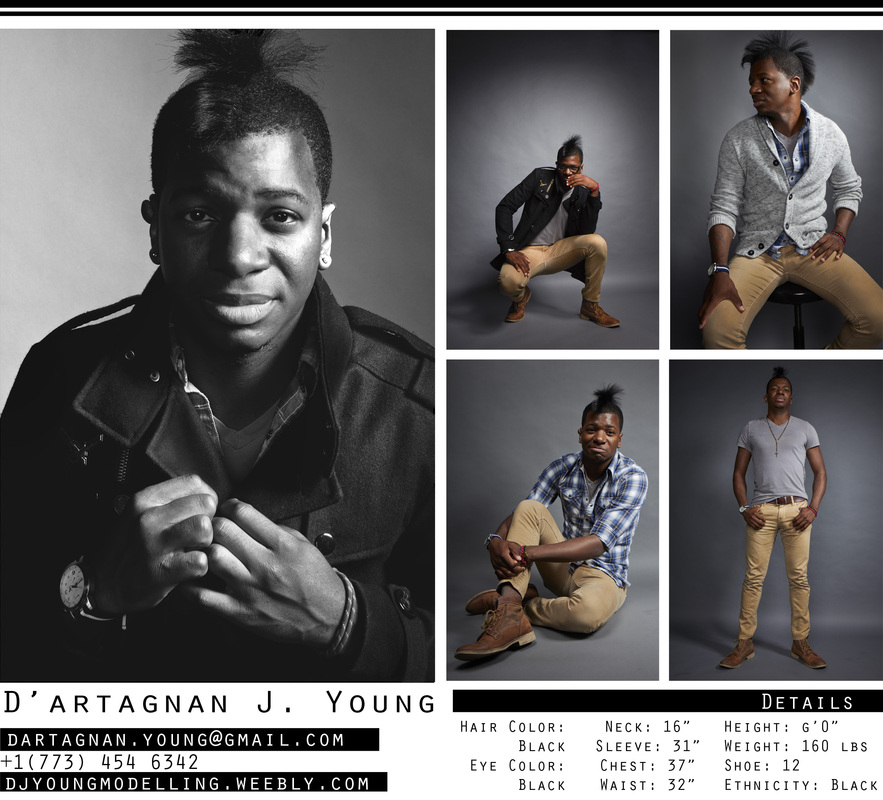 D'Artagnan Young is an experienced fashion, print and performing arts model that currently resides in Chicago, Illinois. He has been modeling since the age of 16. Aside from modeling, he has also been active in the performing arts field, focusing on hip-hop, break dancing and ballet. He was discovered while he was doing small comedy skits in a YouTube channel group known as Monkey Cage Comedy and from there he was contacted to work as a model. Aside from dance, recently he has been active in a variety of other things, such as mixed martial arts, performing improv, and working in the field of fine arts (ie, drawing, painting, photo editing).

He can be reached through email at dartagnan.young@gmail.com or the contact page.
Follow @Dartagnan1986
© Copyright 2014 DJY All Rights Reserved